Homes for sale in Birmingham Alabama 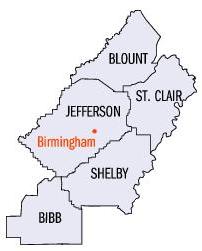 Homes For Sale In Alabaster AL

Alabaster is a city and southern suburb of Birmingham in Shelby County, Alabama. Alabaster acquired its name from the “white calcium carbonate mineral” mined by George L. Scott, Sr., an Alabaster pioneer who owned and operated “Scott Rock” / Alabaster Lime Co. According to the U.S. Census Bureau, the city has a total area of 20.6 square miles. At the 2010 census the population was 30,352 and is rapidly growing. Alabaster was ranked number 85 on Money Magazine’s 100 Best Places To Live in 2009.Alabaster, AL has enjoyed rapid growth with its convenience and wide open spaces attracting many people looking for a suburban lifestyle while staying within close proximity to the cities Birmingham, Hoover and Pelham.

Homes For Sale In Calera AL 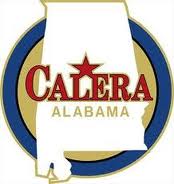 Calera Alabama has a rich history, is poised for future growth and the housing is affordable!

The city of Calera Alabama is located 33 miles south (About a 40 minute drive) from downtown Birmingham.

Calera was incorporated in 1887 and was named after the Spanish word for “limestone” because of the rich mineral deposits located in the area.

Calera is home to the Shelby county airport, Oliver Park, The Heart of Dixie Railroad Museum, George Roy Park, Timberline Golf Course, Ozan & Vizzini Wineries, Historical Attractions such as The Calera Presbyterian Church and The Cowart Drug Store (both of which were built in 1885), as well as a rapidly growing modern day commercial infrastructure of both industry and retail.

Homes For Sale In Chelsea AL

Chelsea AL has enjoyed rapid growth attracting many people who are looking for a suburban lifestyle combined with the convenience and close proximity to the cities of Birmingham, Hoover and Pelham.

The city of Chelsea, Alabama is located 18 miles southeast (about a 25 minute drive) from downtown Birmingham.

Incorporated in 1996 (with a population of 906), Chelsea was named after a district in London, England (The same as Birmingham).

Homes For Sale In Helena AL 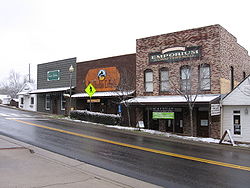 Helena Alabama is a suburb south of Birmingham that encompasses 17 square miles of land and has a current population of over 18,000.

The community was originally called Cove, then in 1856 changed to Hillsboro. The area’s rolling mill that produced arms for the confederacy was destroyed by Union soldiers towards the end of the Civil War. After the war ended, an effort to transport the rich mineral resources through central Alabama began with the construction of the L&N Railroad. This brought an engineer by the name of Pete Boyle to the area who renamed it “Helena” after his girlfriend, Helen Lee. The steel mill later reopened and the area flourished with cotton gins, coal mines, stores, hotels and homes until fire destroyed most of the city in 1895. The Great Depression dealt further blows in the 1920’s closing Helena’s coal mines and the steel mill. The area was also hit hard by a devastating tornado in 1933. The small town remained a mainly rural area until the urban sprawl of the late 20th century spurred commercial developments and large population gains.

Helena features really nice residential neighborhoods, parks and schools which are great aspects for raising a family. Business Week magazine named Helena Alabama the 13th “Best Place To Raise Your Kids” in 2007. That same year, Money Magazine ranked Helena in the top 100 “Best Places To Live” in the United States. These were determined by factors such as low crime rate, economics, education, social factors, weather etc. Helena also gained notoriety in 2005 as being the home of Bo Bice, a semi-finalist coming in second to Carrie Underwood in the fourth season of American Idol.

Homes For Sale In Hoover AL

Hoover Alabama is a suburb south of Birmingham which encompasses 43.65 square miles of land and has a current population of over 80,000. The city was originally called Green Valley and Shades Mountain but was named after William H. Hoover, a prominent local insurance company owner at the time. In 1967 the city incorporated and has seen tremendous growth over the past few decades.

The Riverchase Galleria was built in 1986. It is one of the largest indoor shopping malls in the southeastern United States with over 2.4 million square feet of indoor retail space. The Hoover Met baseball stadium was built shortly thereafter. It seats 10,800 and frequently hosts college SEC and minor league baseball events (with quite impressive firework displays). Hoover also has many other local parks and playgrounds.

Hoover AL formed its own school system in 1988 and today has sixteen world-class schools (ten elementary, three middle schools, one alternative & two high schools) educating 13,000+ students. Hoover High School is the size of a small college (with over 1,885 students), is the home of numerous state and national trophies and was given global notoriety from the MTV TV series “Two a Days”.

The population growth stirred other shopping centers, hotels, banks, businesses and restaurants. This gave Hoover Alabama an economic advantage and an air of stability, confidence and stature. Hoover is the hosts of many Fortune 500 and 200 sized companies and is home-base and regional headquarters for quite a few.

Shoal Creek and Ross Bridge Golf Resorts are world class golf courses and retirement communities that attract people from all over the world by hosting events such as the Regions Golf Classic.

Homes For Sale In Pelham AL 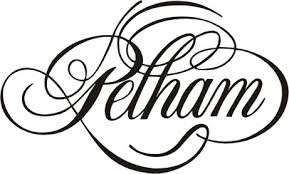 Pelham, AL has enjoyed steady growth with its convenience and attractions drawing many people looking for a suburban lifestyle while staying within close proximity to the cities Birmingham, Hoover, Helena and Alabaster. 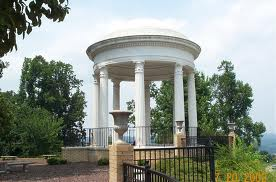 Vestavia Hills has a rich history yet offers modern conveniences and close proximities to Birmingham, Homewood and Hoover. 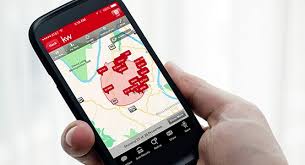